Princeton and Rochester Universities’ Baby Labs have shown it. Experiences shape expectations. And expectations shape the developing brain. This is why diverse and positive experiences are so important from the very beginning. 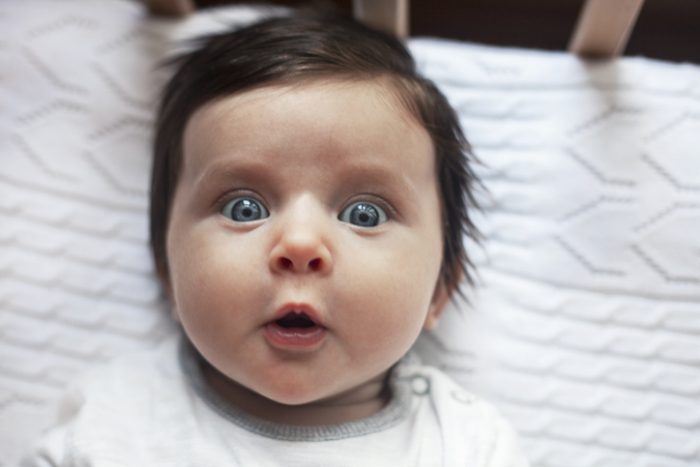 Infants can use their expectations about the world to rapidly shape their developing brains, researchers have found.

That type of sophisticated neural processing was once thought to happen only in adults and not infants, whose brains are still developing important neural connections.

« We show that in situations of learning and situations of expectations, babies are in fact able to really quickly use their experience to shift the ways different areas of their brain respond to the environment, » said Lauren Emberson, one of the researchers.

The research is described in the article, « Top-down modulation in the infant brain: Learning-induced expectations rapidly affect the sensory cortex at 6 months, » published online June 20, 2015 in the Proceedings of the National Academy of Sciences. The other authors are John Richards of the University of South Carolina and Richard Aslin of the University of Rochester.

The researchers exposed one group of infants to a pattern that included a sound — like a honk from a clown horn or a rattle — followed by an image of a red cartoon smiley face. Another group saw and heard the same things, but without any pattern.

The researchers used functional near-infrared spectroscopy, a technology that measures oxygenation in regions of the brain using light, to assess brain activity as the infants were exposed to the sounds and images.

After exposing the infants to the sounds and images for a little over a minute, the researchers began omitting the image. For the infants who had been exposed to the pattern, brain activity was detected in the visual areas of the brain even when the image didn’t appear as expected.

« We find that the visual areas of the infant brain respond both when they see things, which we knew, but also when they expect to see things but don’t, » Emberson said.

The finding could help shed light on the mysteries of neural development, the researchers said.

« Part of the reason I wanted to establish this type of phenomenon in infants is because I think it’s a really good candidate mechanism for how infants are using their experiences to develop their brains, » Emberson said. « There’s a lot of work that shows babies do use their experiences to develop. That’s sort of intuitive, especially if you’re a parent, but we have no idea how the brain is actually using the experiences. »

The findings offer insights that can shape future research in the area, said Janet Werker, a professor and Canada research chair in the Department of Psychology at the University of British Columbia who studies the roots of language acquisition.

« Most exciting to me is the evidence this work provides that from very early in infancy, the cortex is able to set up expectations about incoming events, » said Werker, who was not involved in the research. « This shows that infants not only learn about their external worlds, but are ready — from very early in life — to make predictions about the co-occurrence of events on the basis of very brief previous experience. This work thus has the potential to transform future research on infant learning to focus not on just what infants can learn, but to look at learning as a more active process, focusing more on how learning begets subsequent learning. »

Source: the article refers to a study from Princeton and Rochester University’s Baby Labs. If you would like to learn more about the (noninvasive, not scary, gentle) research techniques used at the Princeton Baby Lab, have a look at the Lab’s parent and research section.