Having a good relationship with our children is important. Research on attachment, for example, shows that the way parents connect to their children has wide-ranging consequences for their mental health, self-control and ability to create meaningful relationships with others. 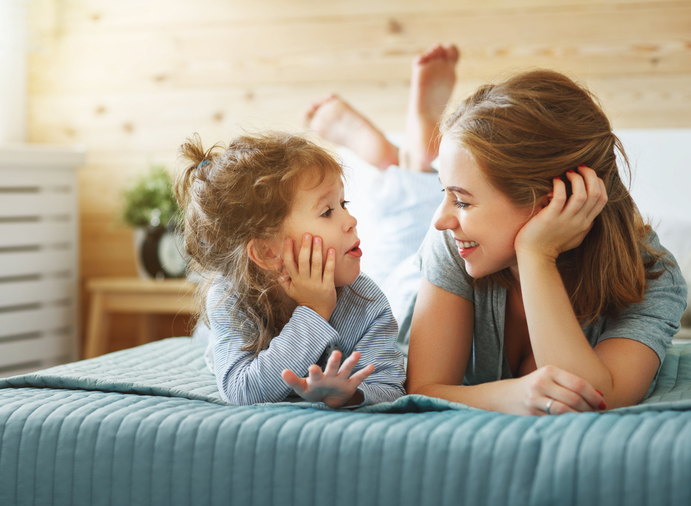 Today’s parents are encouraged to build a good relationship with their children by using explanations and offering choices instead of shouting, shaming or leveraging rewards and punishments.

It’s an approach known as positive parenting, a method praised for hitting the sweet spot between a strict upbringing and allowing children to do whatever they want. If a boy is hitting his sister, for example, the positive parenting approach would be to remove him from the situation, then take a moment to talk about what both children are feeling and look for solutions together.

Emily Edlynn, an Illinois-based psychologist who writes a blog called The Art and Science of Mom, describes it as “an empathy-based approach with firm compassion, focusing on responding to a child’s emotions underlying challenging behaviours, within the framework of how our interactions now are part of forming a lifelong relationship with our child”.

Yet experts suggest positive parenting can take a toll on parents, while potentially shielding children from negative emotions they will need to understand in later life.

The positive parenting framework has been around since the 1920s (then called ‘positive discipline’), brought to the US by Austrian psychiatrists Alfred Adler and Rudolph Dreikurs. But it really took off in the 1990s when influential American psychologist Martin Seligman made the field of positive psychology the focus of international interest.

Instead of analysing the things that made humans sick, positive psychology looked at what made us happy. “We were so focused on disease that we were not looking at the factors that contribute to flourishing and happiness,” says Karin Coifman, a psychologist at Kent State University who studies the importance of emotions, both negative and positive, for our mental health.

When applied to parenting, this philosophy encourages parents to “catch their children being good” and give more positive than negative feedback, instead of focusing on bad behaviour. It’s seen as a happy medium between authoritarian parenting, which can lead children to internalise problems and act out, and a permissive parenting style that can leave children without appropriate boundaries.

Yet some argue that constant positivity – or failing to achieve it – can take a toll. American journalist Barbara Ehrenreich, in a book examining the phenomenon, called it an ideological force that “encourages us to deny reality, submit cheerfully to misfortune, and blame only ourselves for our fate”.

Coifman argues that all emotions serve important functions. “Positive emotions are essential for building connections, but negative emotions are helpful in planning and higher-order-thinking kind of processes, and they have been essential in human survival,” she says.

When people – including parents – feel they’re not allowed to share any negative emotions, that can be detrimental to their mental health. “We make mistakes. We get upset. Sometimes we take things out on people that we shouldn’t take things out on. And this is normal and human, and they are normal for parents too,” explains Coifman.

One possible risk of this parenting approach is that children won’t learn how to interpret and react to negative emotions if parents don’t let them see any. “Because sometimes we’re upset, it’s important for kids to see their parents express their own concerns,” says Coifman. “Openly talking about that fear and their anxiety – that validates the kids’ experience.”

This is, of course, more difficult when children are small, but “as children get older there is a place for them to understand that if they don’t listen, they are in fact inducing irritation in you. And that’s a normative experience. You need to know that if someone is asking you to do something and if you don’t do it consistently, there are potentially negative consequences.”

Promoting positivity can also take a toll on mothers, who perform more ‘invisible labour’. “I see the mental and emotional wellbeing of mothers as very vulnerable due to the relentlessly high expectations to do it all, all the time, professionally and personally,” says Edlynn. “I think the pervasiveness of parenting articles and books to help guide us in continuing to work on being ‘better’ ends up making us feel worse.”

Voicing off-trend views can have unexpected consequences, however. Ariadne Brill, a psychologist and positive parenting advocate based in Switzerland, got thrown out of a positive parenting group on Facebook for suggesting that a child who was hitting his dog should be temporarily separated from the animal, rather than simply being told to stop or letting the child figure it out for himself.

“In the moment, saying ‘Don’t hit the dog, don’t hit the dog’ is not fair to the dog, to the child or the parent. This is a three-year-old with not enough impulse control to make good decisions. So, you step in as a parent and you separate the two, and you sit with your child until they have calmed down,” she explains. While other positive parenting groups would have reacted differently, this particular one saw this as a punishment – a taboo – and ejected her. But the child could experience a much bigger punishment, Brill points out, if the dog reacted by biting, with potential consequences for both child and dog.

While Coifman, and other experts, believe that positive parenting can be a great tool for raising well-adjusted, happy children, Coifman also agrees that projecting constant positivity – particularly in the case of challenging children – is unrealistic. “No one can perfectly be positively reinforcing good behaviour if you have a child that’s exhibiting negative behaviour. At some point you’re going to get overwhelmed and not do the things you’re supposed to do, and that’s OK.”

Positivity – for the parents?

Of course, multiple factors play a role in how parents raise their children. Culture, financial constraints and the amount of stress experienced also affect child-rearing style. A key issue is that many parents find themselves without support, whether from a partner, extended family or government. This can leave them overwhelmed, making it harder to forge a good bond with their children.

“I would flip the script and argue that our needs as parents have to be responded to better before we can be emotionally available to our children in the way prescribed by positive parenting,” says Edlynn.

In fact, constantly reminding parents that their failure to remain calm and upbeat at all times may lead to negative consequences for their children in later life is very likely counterproductive.

“You want to reinforce when the parent is doing what’s the best possible thing and not over-attend to the mistakes. You really want to practice a model of acceptance. Beating yourself up or having other people beat you up, that’s not going to help you with anything,” says Coifman.

With that in mind, maybe instead of using positive psychology on our children, we should try to use it on one another.

Source: we have found this article by Olga Mecking on the website of the BBC.