The decades-old discipline method is due for a modern, more effective makeover, according to parenting experts. A parents.com article. 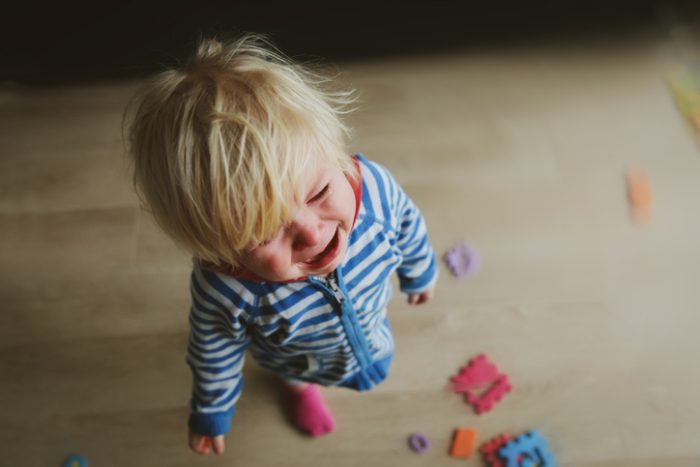 Although the discipline tactic of giving kids a « time-out » when they misbehave seems as old as time, experts trace its roots to 1969 when American psychologists proposed the method as an alternative to more violent techniques (like being spanked by parents or smacked with rulers by teachers or principals). In the Journal of Experimental Child Psychology, they suggested that kids receive adult attention based on « desirable » behaviour. If they engaged in « inappropriate » behaviour, that attention should be withheld. And if they were to engage in « unacceptable » behaviour, the punishment should be social isolation—aka time-out.

In the years that have followed, time-out has been enacted by parents everywhere and made even more popular by Supernanny Jo Frost who rebranded it as the « naughty step » technique. But a Washington Post opinion piece, published on November 19, 2018, points out that many parenting experts now say the isolating technique neglects a child’s emotional needs and prove harmful to his or her emotional development. For that reason, they’re proposing alternatives like « time-in » and « time off. »

The Trouble With Time-Out

« The parenting paradigm has shifted, » Bonnie Compton, a child and adolescent therapist, parenting coach and author of Mothering With Courage tells Parents.com. « It used to be, ‘Do it, because I said so!’ and ‘Children are to be seen, not heard.’ Parents did this out of love, but kids were compliant out of fear. Now, thank goodness, parents are becoming more conscious and aware. »

And one of the big questions both parents and experts are asking about time-out is: « What is the child learning from it? » And the answer is, unfortunately, not much. Although the point of time-out is to encourage a child to reflect on misbehaviour, Compton says they’re more likely to stew in their anger versus engage in productive self-reflection.

Plus, little ones’ brains simply aren’t developed enough to tap into that type of thinking. Pediatrician Nadia Sabri points out in the Post article, « Kids don’t have the advanced cognitive skills to think abstractly. Emotional modulation and regulation occurs with development of the prefrontal cortex, the part of the brain which doesn’t fully develop until adolescence. »

At the same time, requiring that children spend time in isolation may have troubling downstream effects. « Especially in kids who are anxious, it can create fears of abandonment, » Compton notes.

Given that time-out fails to teach children to acknowledge and amend their behaviour and may harm them psychologically, the fix is something of a 180: a « time-in, » which emphasizes connection versus isolation. « Research has shown that kids who feel connected to their parents are far more willing to follow their guidance, » Compton notes.

According to Sue Lively, an elementary school teacher and parent who writes about positive parenting, parents can enact the time-in strategy by first, taking a breath or two calm themselves. The next step is to move the child to a neutral location, like the couch or a dining room table. It’s also important for the parent to consider on the underlying reason/need the child is acting out and to then acknowledge that need, as well as the child’s emotions.

Compton explains that a parent might say, « You seem really angry about … » or « You looked very frustrated. » This not only shows a child that their emotions are being acknowledged by their parent, but it helps them start to identify and label their feelings, Compton notes.

Once it’s been established that the child is experiencing anger or frustration, etc., Lively recommends parents ask a question like, « What’s the REAL problem here? » which can open the door to productive discussion. Ideally, a parent wants the child to vent, work through their emotions, and then, release them, which might entail crying. The final step is talking about why their misbehaviour was unacceptable and what they can do to make up for it, if necessary.

Even toddlers, whose meltdowns come from being overwhelmed and not yet knowing how to express their emotions, benefit from the time-in practice. « You’re walking them through the early stages of learning to calm themselves down, » Compton explains.

Try a Time Off

Another strategy that works just as well for parents as it does children is one Compton calls « time off. » She says the first step is for parents to start modelling it for their kids. Here’s what it looks like: When a parent reaches a breaking point, she or he can say, « You know, Mom/Dad is going to take a time off. My brain is all fired up, and I can feel I’m getting angry, and I may not say kind things right now. So, I’m going to take a few minutes of time off. » Once kids have seen it modelled, they could be given the choice of taking a time off themselves during a heated moment. Compton advises asking, « Do you want to take a time off and calm your brain down? »

This also presents a wonderful opportunity for kids to learn to regulate their own emotions through their favourite self-soothing techniques, which might be drawing, snuggling with a stuffed animal, listening to music, playing with LEGOs, etc. « And then you can actually create, with a child’s help, a time off area that’s close by, » Compton notes.

While this strategy might look like a time-out on the surface, giving a child the choice to go to time off makes all the difference. « You’re actually motivating and empowering your child to make choices for themselves, » Compton explains. « As parents, we want to control our child’s behaviour, and when we try, they resist. If you’re giving them the opportunity to make a choice and take responsibility for their own emotions, and you’re also modelling that for them. »

What Time-In or Time Off Teaches Children

« We often as parents want to make sure our child is okay, not angry, happy, » Compton shares. « It’s more than OK for kids to feel their emotions—their energy in motion. If we allow that, it goes through them and moves on out, whereas if they’re stuffing their emotions, at some point, they’re going to leak out. Let them have their emotions and acknowledge them. »

Plenty of adults could also learn from this method when it comes to identifying and processing their own emotions, Compton points out. « We all want to have our feelings acknowledged and to not be talked out of our feelings or distracted from them, » she says.

Ultimately, opting to go with time-in or time off versus time-out will promote learning and emotional growth that can last a lifetime.

As Compton sums it up: « What a gift parents can give their kids to give them permission to feel their feelings—and learn what to do with those feelings. »

Source: We have found this article by Maressa Brown at parents.com and have adapted it very slightly.