Focusing on how girls look sends an unfortunate message.

An article by Renee Engeln for Psychology Today. 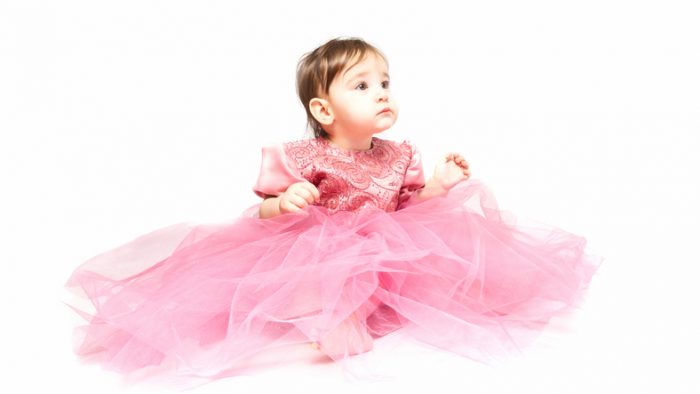 I have a 2-year-old niece; let’s call her « G. » G is quick to laugh, dances like nobody’s watching, and loves a book called Quantum Physics for Babies . (If you ask her what she’s made of, she’ll say, “Atoms,” and shrug her shoulders like it was a silly question.)

I tell G how wonderful she is all the time, but I never tell her she’s pretty. I don’t comment on her outfits or say how cute she is. I decided when G was born that I would be a person in her life who wouldn’t talk about her appearance. G will have no shortage of people telling her she’s pretty; I’m just not going to be one of them. Here’s why:

When we spend a lot of time talking about something, we send a message that the topic is important. If we regularly talk to our children about kindness, we’re letting them know that kindness matters. If we frequently praise children for sharing, that demonstrates how much we value generosity. And when we constantly tell little girls how pretty they are, we’re communicating that looks matter, and that they matter especially for girls. When we comment on a girl’s cuteness more consistently than anything else about her, we suggest that her appearance means more than her other qualities.

This focus on how girls look starts much younger than you might imagine. One classic study interviewed parents 24 hours after the birth of their child. Although the male and female infants in the study did not differ in terms of size or Apgar score (a basic summary of a newborn infant’s health), parents were more likely to describe newborn daughters in appearance-related terms, like beautiful and cute . A more recent follow-up to this study found that parents rated newborn girls as finer-featured, less strong, and more delicate — again, despite the fact that the boy and girl infants did not actually differ in size or strength.

Focusing on how girls look doesn’t just communicate that we value physical appearance over other qualities; it can also lead us to view girls as less physically competent than boys. Girl and boy infants don’t differ in motor abilities. They reach milestones like sitting and walking around the same age. Nonetheless, when researchers brought in mothers and their 11-month-old infants and asked the mothers to estimate how well their babies would do at a crawling task, mothers systematically underestimated their daughters. Mothers of boys thought their little ones would be better at crawling than mothers of girls did. Mothers also perceived boy infants as braver, predicting that they would try out riskier slopes in the crawling task. In reality, the boy and girl infants showed equal crawling abilities and were equally brave crawlers.

You can see further evidence of these stereotypes in the greeting cards designed to congratulate parents on newborns. Researchers analyzing these cards found that those targeted at parents of baby boys showed more images of physical activity, whereas girl-targeted cards included more decorative frills, like lace and ribbons.

When meeting a little girl, complimenting her appearance might feel automatic; most of us do it without thinking. But with some practice, we can send a different message to the girls in our lives. We can use our conversations to show that we value them for qualities that have nothing to do with how they look. The next time you’re tempted to call a little girl pretty, consider all the other qualities you admire in her. Steer the conversation in a different direction.

All these ideas work equally well for boys, of course; we just don’t tend to be as focused on how little boys look.

A major task of parenting is communicating your values to children. Don’t let an avoidable linguistic habit send an unintentional message that how little girls look is more important than how they think, feel, or behave.

Source: we have found this article at Psychology Today. The author, Renee Engeln, is a professor of psychology at Northwestern University and the author of Beauty Sick: How the Cultural Obsession with Appearance Hurts Girls and Women. Her work has appeared in numerous academic journals and at academic conferences, and she speaks to groups across the country. She is regularly interviewed by the New York Times, the Chicago Tribune, BBC, the Huffington Post, and other national media.