We love science at Little Green House. Neuroscience is super important for how we interact with the babies and children at our childcare. And physics is absolutely everywhere.

But, as The New Yorker magazine has found, some laws of physics just don’t hold with a toddler at home. 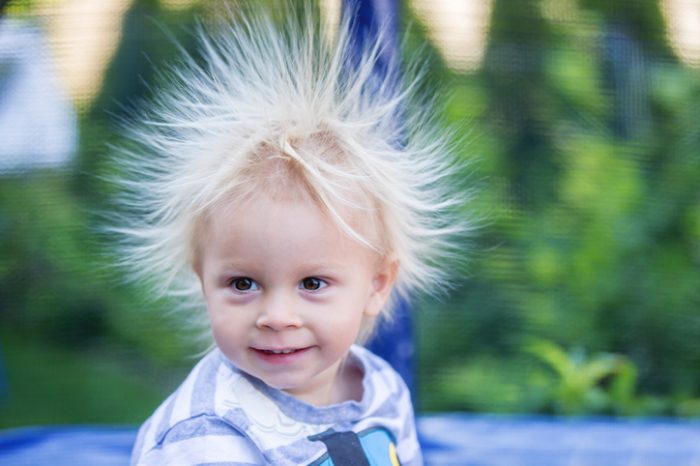 The Conservation of Energy

Energy cannot be created or destroyed.

Do not underestimate what a toddler can destroy.

The Conservation of Mass

When matter undergoes change, its total mass stays the same.

The volume of milk in a cup doubles the instant that it’s spilled—unless the object beneath the cup is both delicate and highly permeable, in which case the milk triples.

The Law of Entropy

The amount of chaos always increases.

The bodies are pretty much always in motion.

You cannot know both the velocity and the position of a body at any given moment.

But you can be certain that the velocity is rapid and the position is ill-conceived.

For every action, there is an equal and opposite reaction.

When a noise-producing body is in motion, the pitch of the noise is higher when the body is approaching than when it’s receding.

This theorem cannot be evaluated until a single noise (and body) can be isolated from the bedlam.

When a system at Equilibrium is disturbed, it will adjust in order to achieve a new Equilibrium.

There is Pandemonium, there is Delirium, and there is Valium, but there is no such thing as Equilibrium.

When a body is placed in water, it is buoyed by a force equivalent to the weight of the water it displaces.

When a body is placed in water, it begins vigorously splashing until it is no longer in water.

The distortion of space and time is a phenomenon known as “gravity.”

The distortion of space and time is a phenomenon known as “parenthood.” Gravity—an inescapable pull that draws a body toward a certain spot—is a supplemental force of parenthood popularly referred to as “screen time.”

Source: We have found this somewhat empirical dissection of science by Naomi B. Ware at the website of The New Yorker magazine.