Unless it’s covered in animal feces or chemicals, soil is a healthy snack.

By Joshua A. Krisch on fatherly.com. 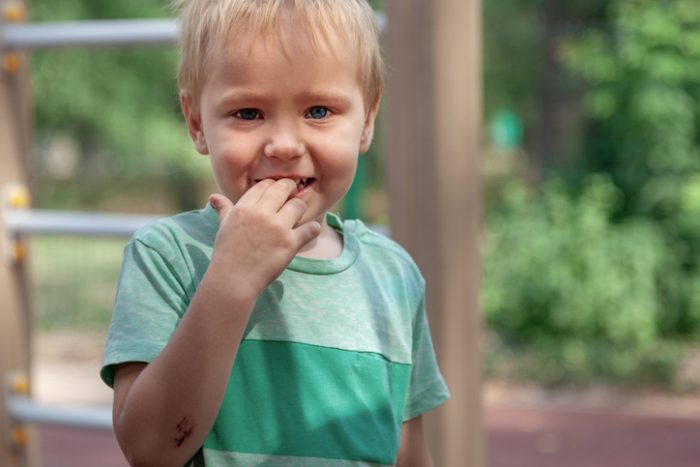 Whether they’re sucking their grimy thumbs after digging in the backyard, or taking the whole “mud pie” thing too far, kids eat dirt. This means that parents spend outdoor play time yanking clods of the stuff from their children’s hands and wiping it off their children’s faces. That’s fine. Eating dirt isn’t a great look. But the truth is that, unless the ground is covered in animal feces or chemicals, soil is safe to consume. In fact, a healthy serving of untreated dirt can contain more than one billion bacterial cells per gram—just the sort of microbial boost that every healthy child needs to train their immune systems to respond to real threats.

“Your immune system needs to be trained. It needs to constantly be working and turning over and, if it doesn’t have that kind of attention, it can cause more disease,” Dr. Jack Gilbert, director of the Microbiome Center at the University of Chicago and coauthor of the book Dirt Is Good, told Fatherly. “Your kid will benefit from increased microbial exposure from animals and plants more than the infinitesimally small chance they’ll get an infection because of that association.”

Besides—at least kids who eat dirt are probably getting outside. “It’s healthier than sitting in front of a TV or an iPad,” Gilbert says. “On the whole, being outdoors in nature is a good idea.”

When we talk about eating dirt, we’re usually talking about soil, which consists of decaying animals and plants, along with roughly 25,000 species of bacteria. None of these soil components are particularly worrisome, from a medical perspective. “If you’re healthy, it’s extraordinarily unlikely that there’s anything in soil that will make you sick,” Gilbert says. “But there are no absolutes.”

Of course not. There are children with compromised immune systems and open wounds, who probably should not even play in dirt, for fear of contracting serious infections. Lawn companies may spray dangerous chemicals on the soil, or your house may have been built atop an old landfill or medical waste dumpsite. Animal feces hidden in tall grass may contain parasites. Soil itself may be perfectly safe, but that doesn’t mean every child should eat every mud pie. “Use your freaking common sense!” Gilbert says. “If you don’t, someone is going to get sick.”

When eaten responsibly, however, dirt may even have health benefits. The hygiene hypothesis, which Gilbert explains at length in his book, holds that exposure to farm animals, plants, and many of the key ingredients in soil can reduce the risk of allergic sneezing, food allergies, and skin allergies. One fascinating study in the journal Pediatrics found that children who suck their thumbs and bite their nails (essentially placing bits of dirt and millions of bacteria in their mouths regularly) are significantly less likely than their peers to suffer from dog, cat, mold, dust, or grass allergies.

Despite dirt’s relative safety and potential health benefits, however, Gilbert acknowledges that there’s nothing wrong with a good handwashing session after outdoor play. Your kids need not bathe in filth to enjoy the health benefits of playing in—and yes, eating—dirt, he says. “Unless you’re scrubbing your kids’ hands psychotically, overzealously, there’s no harm in washing their hands in warm, soapy water after they play,” Gilbert clarifies. “It’s just common sense, right?”

Source: we have found this article by Joshua A. Krisch on fatherly.com