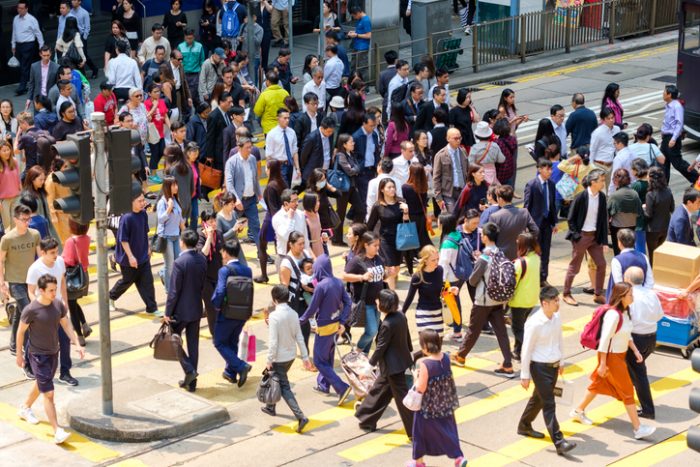 This unprecedented growth is due to the gradual increase in human lifespan owing to improvements in public health, nutrition, personal hygiene and medicine. It is also the result of high and persistent levels of fertility in some countries.

While it took the global population 12 years to grow from 7 to 8 billion, it will take approximately 15 years—until 2037— for it to reach 9 billion, a sign that the overall growth rate of the global population is slowing. But what about those 8 billion+ people? Should we be worried? Not necessarily. More people not only mean more consumption but also more innovation and infinite possibilities.

In the 1980ies, there were two very influential books: “The Limits to Growth” (published by the Club of Rome, a think-tank), and “A Blueprint for Survival” (based on an article in the Ecologist magazine). Both argued that a growing population would deplete Earth’s resources, with results including “the breakdown of society and the irreversible disruption of life-support systems on this planet”.

Mr Tupy, who works for the Cato Institute, a libertarian think-tank, and Mr Pooley (of Brigham Young University), both authors of the book « Superabundance, The Story of Population Growth, Innovation and Human Flourishing on an Infinitely Bountiful Planet » think people should be free to have the number of children they want. Because they have brains as well as mouths, they argue, more people mean more innovation—which in turn means many of the problems caused by a rising population can be solved by it.

This is not a new idea. It was the inspiration behind a bet between the late Julian Simon, an economist, and Paul Ehrlich, a population alarmist, in 1980. Mr Ehrlich was sure that the world was running out of stuff, so a basket of commodities (chromium, copper, nickel, tin and tungsten) would get more expensive over the next decade. Simon reckoned human ingenuity would unlock new resources, so they would get cheaper. Simon won the bet.

Mr Tupy and Mr Pooley have broadened the scope of Simon’s analysis. They look at a wider range of goods over a longer period of time (some of their data goes back to 1850). And they use a different measure of value. Instead of relying on prices in dollars and adjusting for inflation, which is hard to do accurately across borders and eras, they look at “time-prices”: how long it takes to earn enough to buy something. If someone earns $10 an hour and a banana costs $1, for example, the time-price of a banana is six minutes.

As well as being robust, the method yields some cheering results. The average time-price of a basket of 50 commodities, from uranium and rubber to tea and shrimp, fell by 72% worldwide between 1980 and 2018. Resources are becoming more abundant (ie, available to more people) as new ways to find and exploit them are invented. The time-price of many manufactured goods fell even faster. In 1997 it took a typical blue-collar worker in America 828 hours to buy a flat-screen television; by 2019 that had fallen to 4.6 hours.

Time-prices suggest the world is getting richer at a cracking pace (with the odd hiccup when there is a pandemic or war). They also offer a fresh perspective on global inequality. By the authors’ calculations, in 1960 a typical Indian had to toil for seven hours to put rice on the family table, while a typical American had to work for one hour to buy enough wheat. For their grandchildren in 2018 those figures had fallen to 58 minutes and 7.5 minutes respectively.

Thus in 1960 the Indian worked 7 times longer to buy food; that ratio rose to 7.7 for his grandson, suggesting that inequality has increased. But another interpretation is that the Indian gained 362 minutes a day, while the American gained a seventh of that. “Time inequality between the two has declined dramatically,” the authors judge. “When basic things get more abundant, it’s the poor who benefit the most.”

Past progress is widely underestimated, they argue, and the future is probably rosier than most people imagine. Plenty of things could go wrong, they concede. Restraints on free speech could stifle innovation; governments could muffle market forces, reducing the incentive to develop new ideas. They devote too little space to climate change – meeting the objectives of the Paris Agreement to limit global temperature rise, while achieving the SDGs is critical and can be helped by slower population growth in the coming years – but overall their work is brain-stretching, optimistic and humane.

Sources: UN.ORG and The Economist
Buy the book: Superabundance