Do kids need daylight? Studies confirm that kids benefit in multiple ways when they are exposed to outdoor levels of illumination. Gwen Dewar, the author of the website parentingscience.com, summarises the findings. 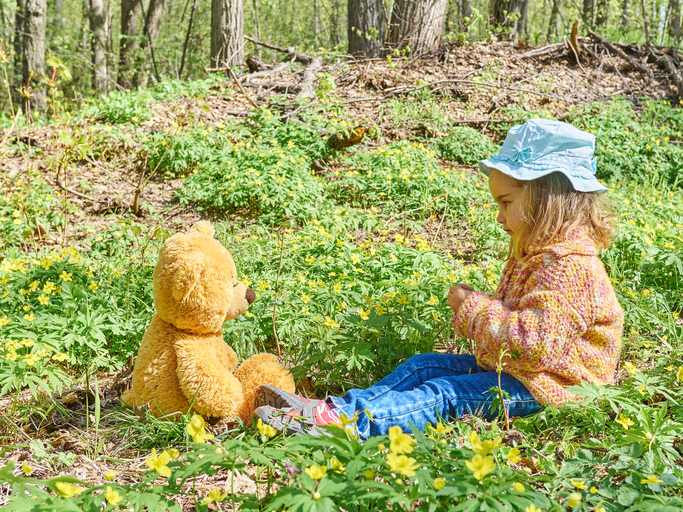 Bright light boosts mood and concentration. It may help prevent disease, circadian rhythm disorders, and near-sightedness. And new research suggests that bright light has a crucial impact on the brain: It may foster the formation of new synapses, and enhance our ability to learn.

Let’s start with a basic observation. It’s very bright outside, even when you compare a brightly lit classroom to a relatively dark, overcast day outdoors.

By contrast, the lighting we encounter indoors is much dimmer, ranging from about 50 lux (watching TV in the living room) to 500 lux (a brightly lit classroom).

So we encounter radically different lighting conditions when we spend our lives indoors, and that’s worrying. The bright light levels found outside aren’t just beneficial to photosynthesizing plants. They are also crucial for human beings. And this is true for children as well as adults. Consider these benefits.

You’ve probably noticed that bright light has a cheering effect.

Research has found that outdoor play lowers a child’s risk of developing nearsightedness.

Researchers haven’t yet pinned down the reason, but experimental studies point to the effects of light. Animals raised under controlled lighting conditions are less likely to develop nearsightedness if they are exposed to daytime light levels exceeding 15,000 lux (Norton 2017).

There is also evidence that low vitamin D status could be a trigger for early puberty in girls (Chew and Harris 2013). And vitamin D deficiency has been linked with inferior mental planning skills (Grung et al 2017).

Numerous studies have reported this link. Lots of sunlight exposure during childhood reduces an individual’s risk of MS, and this appears to be true regardless of an individual’s vitamin D status. The sunlight itself seems to be helpful (Hoel et al 2016).

Staying up late might not matter if you also wake up late. But when children have to wake up early for school, delayed bedtimes can take a toll. Studies suggest that delayed bedtimes — without opportunities for catch-up sleep — are linked with poor school performance and behaviour problems (Merikanto et al 2014; Lin et al 2011).

But why don’t kids go to sleep on time? For many kids, part of the problem is lighting: They get too little sunlight during the day, and too much artificial lighting at night. As a result, their « inner clocks » get out of sync with the natural, 24-hour day. Their circadian rhythms are out of whack.

The cure? It’s important to avoid artificial lighting at night, and stop using electronic devices an hour before bedtime.

But researchers have shown that kids need daylight, too: A dose of bright morning light can help kids with chronic bedtime problems get back on track (van Mannen et al 2017).

And what about mental performance? Does bright daylight make kids smarter?

We’ve already noted that vitamin D levels have been linked with mental planning skills, and late bedtimes can contribute to attention problems. So exposure to bright light might boost mental performance by these indirect routes.

We’ve also seen that bright light enhances mood, which could be an important motivator at school. In a study of more than two hundred 10-year-olds, researchers found that kids preferred classrooms that were very brightly lit (1,300 to 4,400 lux) to classrooms that were lit at much lower, more traditional levels (250-740 lux).

But it’s likely that bright light has additional benefits.

For example, there is evidence that children read more fluently in classrooms that are very brightly-lit (Mott et al 2011; Mott et al 2014). Kids may perform better on mathematics tests, too (Choi and Suk 2016).

And recent experiments on animals suggest an additional possibility:

Maybe bright light has a direct effect on our ability to learn. Take that bright light away — keep us indoors, in dimly-lit rooms — and we might suffer learning deficits.

The experiments were performed on Nile grass rats, a species that sleeps at night and remains active during the day, just as humans do.

From the beginning of the study, a group of 24 male rats were kept on strict schedules of 12 hours of constant lighting followed by 12 hours of darkness. But individual rats experienced differences in light intensity (Soler et al 2018).

The rats stayed on their schedules for 4 weeks, at which point they were introduced to a problem-solving challenge called the Morris Water Maze.

During this challenge, each rat was placed in a pool of water. The water was made opaque by nontoxic, white paint, which concealed the existence of a resting platform just under the water’s surface.

Rats had to swim until they discovered the resting platform — something they were highly motivated to find.

But once they did, they had the opportunity to commit the location to memory. That’s because the researchers had provided rats with a kind of landmark — a distinctive geometric shape placed on the inside of the pool’s wall. If a rat remembered the landmark, it would be able to quickly find the platform the next time it was placed in the pool.

The question was: How readily would rats learn?

All of the rats had the same opportunities. They were placed in the pool twice each day for 5 days running. And all of the rats showed signs of learning — they made their way to the hidden platform more quickly as the days went by.

But during each morning session, the rats housed under dim light « living room » conditions performed worse than the « bright light » rats — as if they had forgotten more overnight.

And when the researchers gave the rats a longer break — 24 hours between challenges — the dim light « living room » rats showed a pronounced learning deficit.

Whereas the « bright light » rats had no trouble zeroing in on the location of the platform, the rats living with dim light schedules floundered. They were no more likely to swim in the correct location than you would expect by chance.

The results weren’t caused by differences in lighting during swim sessions, because all rats experienced the same lighting conditions (about 300 lux) when they were in the Morris Water Maze.

Interestingly, the behaviour outcomes were also accompanied by visible differences in brain tissue.

When researchers looked in the hippocampus (a part of the brain associated with spatial learning), they found that the « dim light » rats had lower levels of brain-derived neurotrophic factor, or BDNF — the substance that promotes the growth of new brain cells.

In addition, neurons in the hippocampus were physically different. The neurons of the « bright light » rats had more spines on their dendrites — evidence that these neurons had grown stronger synapses, a hallmark of learning.

Finally, the researchers found they could change the brains of « dim light » rats by transferring them to the bright light condition. After four weeks, they too experienced increased BDNF and grew more dendritic spines (Soler et al 2018).

What should we make of this?

Are the results caused by a methodological flaw or a statistical fluke?

We need more research to know for sure, but so far, the evidence is promising.

The same researchers repeated their experiments on a group of female Nile grass rats, and, once again, they found evidence of serious learning impairments.

The females didn’t show the same reductions in BDNF that had been observed in the male rats, but they experienced the same reductions in synaptic growth, and their learning impairments (in the dim light condition) were even more severe (Soler et al 2019). In Nile grass rats, at least, there really does seem to be something going on.

Are the results applicable to humans?

We can’t assume that humans would experience similar learning problems. But our basic physiology has a lot in common with these animals, so I think it would be foolish to assume the research is irrelevant.

And given all the other good reasons we have to expose our children to plentiful daylight, we have nothing to lose by making an extra effort to ensure that every child gets his or her time in the sun.

Yes, we need to take precautions against harmful UVB rays. Sunscreen and hats are important protections when sunlight is intense. But we shouldn’t regard sunlight as a troublesome health threat on the one hand, or a luxurious perk on the other. Kids need daylight for their health and well-being.

Kids need daylight, but it isn’t just the light that’s good. Research suggests that being outdoors — in nature — is intrinsically beneficial. For more information, see this article. In addition, read more about BDNF and the cognitive effects of exercise.

Source: we have found this article by Gwen Dewar at parentscience.com, a parenting website entirely based on facts and scientific findings in the areas of psychology, anthropology, evolution, and cognitive neuroscience. For a complete list of references, visit the website and scrolls down to the bottom of the article.