Your job doesn’t have to represent the most prestigious use of your potential. It just needs to be rewarding.

By Arthur C. Brooks, at The Atlantic 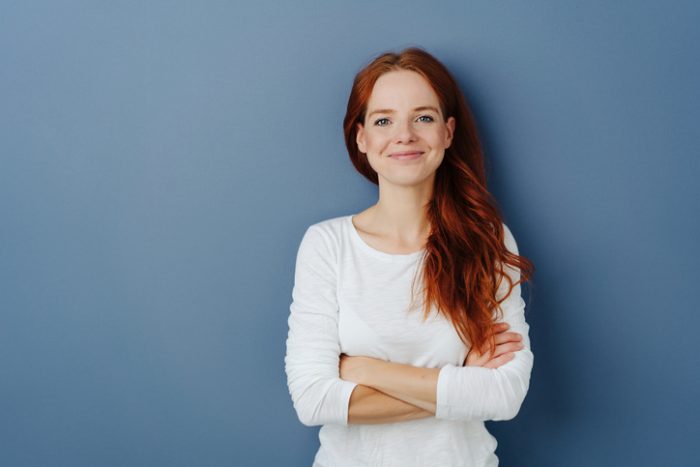 Every year, Gallup asks a sample of American adults what might seem to be a rather loaded question: How much do you like your job? The results may surprise you. The portion who say they are “completely satisfied” at work has risen dramatically over the past two decades, from 41 percent in 2001 to 55 percent in 2019. In 2020, despite the fact that millions of Americans had shifted to remote work, 89 percent said they were either “completely” or “somewhat” satisfied.

I teach graduate students who have carefully envisioned their ideal career, many of whom are training to enter jobs in business or government. They find this statistic surprising because, like so many of us, they generally assume that to be satisfied, you must hold your dream job—one where your skills meet your passions, you make good money, and you are excited to get to work each day. No way 89 percent of people have this, right?

But this belief is based on a misunderstanding of what brings job satisfaction. To be happy at work, you don’t have to hold a fascinating job that represents the pinnacle of your educational achievement or the most prestigious use of your “potential,” and you don’t have to make a lot of money. What matters is not so much the “what” of a job, but more the “who” and the “why”: Job satisfaction comes from people, values, and a sense of accomplishment.

No doubt a substantial chunk of the job-satisfaction percentage is due to the fact that having any job at all makes people happier. Unemployment is one of the biggest sources of unhappiness people can face. Using data from the General Social Survey, I found that American adults who reported that they were “very” or “fairly” likely to lose their job in 2018 were more than three times more likely to say they were “not too happy” with their life than people who felt they were “not likely” to be let go. Several studies have linked a country’s unemployment level with suicide-rate increases. In 2014, economists found that a one-percentage-point increase in unemployment lowers national well-being by more than five times as much as a one-point increase in the inflation rate.

When one has a job, the factors that most affect satisfaction have little to do with the line of work. First, there are the uncontrollable variables: One study in the Journal of Applied Psychology of identical twins reared apart found that about 30 percent of job satisfaction is genetic. Then, there are the practical variables: Economists have found that wage increases raise job satisfaction, but only in the short term. The effect decays quickly as time passes. In all careers, regular wage increases are better for happiness than infrequent, larger raises.

Some of the squishiest aspects of a job are also the ones that make it most rewarding: the values held by your company and your co-workers. Research has shown, for example, that all over the world job satisfaction depends on a sense of accomplishment, recognition for a job well done, and work-life balance. Teamwork, too, has a strong influence in collectivist cultures, but less so in individualist ones. The late Harvard psychologist Richard Hackman found that job satisfaction was strongly, inversely tied to leader-centricity: In one of his studies, musicians who worked in symphony orchestras, where many conductors rule with an iron fist, were 21 percent less satisfied with their growth opportunities than players in leaderless string quartets.

Decades of studies have shown that the people most satisfied with their work are those who find a fundamental match between their employer’s values and their own. This is especially true when the values have special moral, philosophical, or spiritual significance. For example, a 2012 study on Iranian nurses found that the happiest ones believed their work was “a divine profession and a tool by which they could gain spiritual pleasure and satisfaction.” Many of my colleagues feel the same way about the vocation of higher education, and as the late philosopher Michael Novak wrote, that sense of a calling can be found in business as well.

Researchers who have looked for clear relationships between job satisfaction and the actual type of job one holds have overwhelmingly struck out. CareerBliss, a company dedicated to helping people find greater happiness at work, has published survey results of the “happiest jobs” and the “unhappiest jobs,” as rated by those who hold them. Its most recent rankings, from 2018, show the happiest jobs to be quite disparate: teaching assistant, quality-assurance analyst, net developer, marketing specialist. The unhappiest jobs are similarly grab-baggy, and fairly unrelated to education and income: accountant, security guard, cashier, supervisor.

When my graduate students ask me for advice on choosing a job or career path, I don’t tell them to find the best possible fit between their interests and specific job duties. Obviously, they shouldn’t sign up for something they hate. But I tell them that satisfaction can be found in all sorts of vocations. After all, how many kids say, “When I grow up, I’m going to be a quality-assurance analyst”? Rather than relentlessly pursuing a “perfect match” career that they’re sure will make them happy, a better approach is to remain flexible on the exact job, while searching for the values and culture that fit with theirs.

Whatever job they end up in, finding a sense of accomplishment within it is crucial for job satisfaction. It helps to set goals in one’s work, such as increasing skills or responsibility. Some goals lead to more happiness than others, however. While pay increases push up satisfaction temporarily, money as a career goal does not. Volumes of research show that pursuing extrinsic rewards for work, such as money, actually hurts your interest in that work. For real satisfaction, you should pursue intrinsic goals—two in particular.

The first is earned success. You can think of it as the opposite of learned helplessness, a term coined by the psychologist Martin Seligman to denote the resignation that people experience when they repeatedly endure unpleasant situations beyond their control. Earned success instead gives you a sense of accomplishment (which Seligman has shown is a source of happiness, and which strongly predicts happiness at work) and professional efficacy (the idea that you are effective in your job, which pushes up commitment to your occupation, also a good measure of job satisfaction). Employers who give clear guidance and feedback, reward merit, and encourage their employees to develop new skills are the most likely to give you those feelings. Look for a boss who acts that way—and if you have the opportunity, be that kind of boss.

The second goal worth pursuing at work is service to others—the sense that your job is making the world a better place. That doesn’t mean you need to volunteer or work for a charity to be happy (my own research has shown that nonprofit work is not more inherently satisfying than working for a for-profit or for the government). On the contrary, you can find service in almost any job. One of my students made this point better than I can, in an op-ed he wrote to explain why he had forgone jobs in his field of academic study to become a waiter in Barcelona. As he put it in Spanish, his customers “are all important and equal. They are the same at the table and must be the same in the eyes of the waiter … It’s great to be able to serve the politician on the front page of the newspaper just as well as the kid browsing the news while waiting for his girlfriend.”

Given that job satisfaction depends on fairly amorphous criteria such as people and values instead of concrete characteristics such as job duties and money, it’s worth noting that a good job can become a bad one without any changes that would be obvious to an outsider.

One of the most famous examples of this comes from the first story in the Bible. In the second chapter of the Book of Genesis, God—who had recently created Adam and deemed his creation “very good”—gives Adam a blessed vocation that pleases both of them: He “put him in the Garden of Eden to work it and take care of it.” One chapter later, after the unpleasantness with the snake and the apple, God casts Adam and Eve out of Eden, cursing them: “By the sweat of your brow you will eat your food until you return to the ground.”

The research above sheds some light on all of this: Adam and Eve were still farmers in both cases, but you might say their relationship with the boss had soured, and they went from earning their success to dragging themselves to work to pay the bills.

Okay, saying that job dissatisfaction is the price of the fall of man might be a little much, but it is pretty bad. And while a good job might not be quite as idyllic as the Garden of Eden, when we know the secrets to a career that is truly satisfying, work really can be a joy.

Source: we have found this article on the website of The Atlantic.