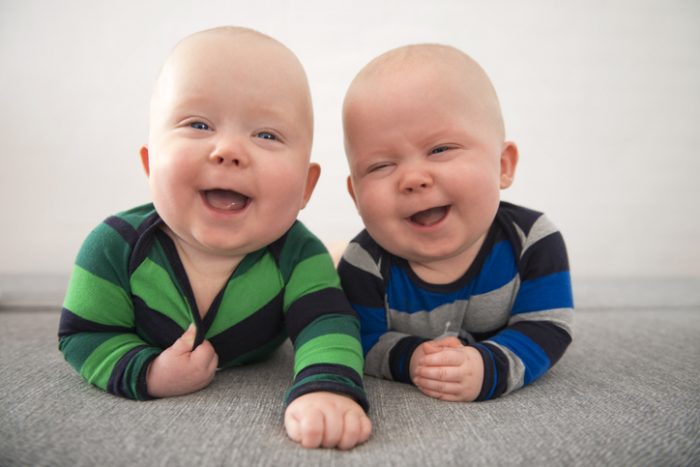 The difference between the brains of bilingual and monolingual children can be seen as early as 11 months of age, a study has found.

Bilingual children showed more activity in areas of the brain related to ‘executive function’, which governs tasks such as problem-solving or shifting attention.

« Our results suggest that before they even start talking, babies raised in bilingual households are getting practice at tasks related to executive function, » said Naja Ferjan Ramírez, the lead author of a paper about the study. « This suggests that bilingualism shapes not only language development, but also cognitive development more generally. »

In research published in the journal Developmental Science, researchers used an MEG machine to measure the magnetic fields produced by electrical currents in nerve cells in the brains of babies.

The study used 16 11-month-old babies, eight from English-only households and 8 from Spanish-English bilingual households. They listened to an 18-minute stream of speech sounds – such as « da’s » and « ta’s » – which included sounds specific to English or Spanish.

« The 11-month-old baby brain is learning whatever language or languages are present in the environment and is equally capable of learning two languages as it is of learning one language, » Ms Ferjan Ramírez said.

« Our results underscore the notion that not only are very young children capable of learning multiple languages, but that early childhood is the optimum time for them to begin. »

Source: we have found this article by Samuel Osborne on the website of The Independent.