By Perri Klass for the New York Times. 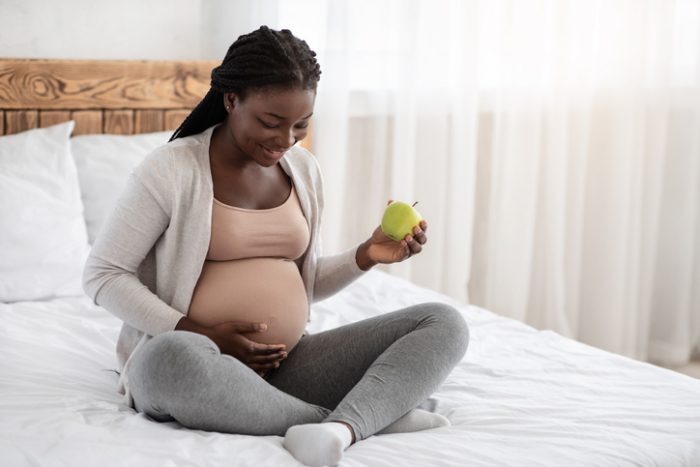 By looking at international adoptees — babies who were adopted soon after birth and who grow up hearing a different language than what they heard in the womb — researchers can see how what babies hear before and soon after birth affects how they perceive sounds, giving new meaning to the idea of a “birth language.”

Experts have known for some time that newborns prefer to listen to voices speaking the language that they’ve been listening to in the womb, said Anne Cutler, a psycholinguist who is a professor at the Marcs Institute for Brain, Behaviour and Development at Western Sydney University, in Australia.

Newborns can recognize the voices they’ve been hearing for the last trimester in the womb, especially the sounds that come from their mothers, and prefer those voices to the voices of strangers. They also prefer other languages with similar rhythms, rather than languages with very different rhythms. (Newborns indicated their preferences by how long they sucked on specially rigged pacifiers that enabled them to hear one speaker versus another, or one language versus another.)

Dr. Cutler said the thinking used to be that babies didn’t actually learn phonemes — the smallest units of sound that make up words and language, that distinguish one word from another, as in “bag” and “tag” — until the second six months of life.

But research, including the recent adoptee study, is challenging that notion.

In a study, published in January 2017 in Royal Society Open Science, Jiyoun Choi, a doctoral student at the Max Planck Institute for Psycholinguistics in the Netherlands, where Dr. Cutler was the director, and her colleagues looked at Dutch-speaking adults, some of whom had been adopted from Korea, but none of whom spoke Korean. The researchers found that people born in Korea and adopted as babies or toddlers by Dutch families were able to learn to make Korean sounds significantly better than the Dutch-speaking controls who had been born into Dutch families.

It was especially interesting that this effect held not only for those who had been adopted after the age of 17 months, when they would have been saying some words, but also for those adopted at under 6 months. In other words, the language heard before birth and in the first months of life had affected both sound perception and sound production, even though the change of language environment happened before the children started making those sounds themselves.

Christine Moon, a professor of psychology at Pacific Lutheran University who also studies infants and language acquisition, traces some of her own interest in this subject to her experience as an adoptive mother. “My children were adopted at birth, so they are cases of babies who had a certain kind of experience right up until they were born and they did not hear their birth mothers’ voices after they were born until much later,” she said.

In a study published in 2012, Dr. Moon and her associates showed that English and Swedish newborns in the first day or two of life responded differently to the vowel sounds used in their native language than they did to vowel sounds from the other language. The researchers have also looked at brain responses in newborns, and in a study published in 2015, they showed that the babies’ brains could distinguish the mother’s voice from a stranger’s voice in a single second of speech — the word “baby” — but the single word was not a sufficient reward to alter the babies’ sucking behavior.

“The conclusion has always been under 6 months, they have no phonology, they have no abstract knowledge about language,” Dr. Cutler said. But recognizing that a phoneme is a particular sound, even as it occurs in different places in different words, is abstract thinking, she explained. So the research shows that even very early in life, babies’ brains are able to distinguish patterns of sound, and apply those rules years later to the task of learning how to produce sounds that have not been part of their daily speech.

“This ability to generalize and to draw abstract conclusions across data is the most important quality of the human mind,” Dr. Cutler said. “This is what makes us human.”

Babies and children can learn new languages perfectly after birth; the learning that goes on prenatally is still fascinating in elucidating the processes of language and brain development. And we can help infant brain development along naturally with the familiar rhythms of parent-child interactions, back and forth, talking and singing and reading aloud.

“The basic message to parents is don’t get too wrapped around the axle about preparing your extremely young infant for language,” Dr. Moon said. “Just do those things that are really natural and easy.”

“Talk to your baby,” Dr. Cutler said. “Your baby is picking up useful knowledge about language even though they’re not actually learning words.” And your baby will like it: “It’s something they really love, the social interaction of you talking with them, but they’re still storing up useful knowledge whenever they hear speech.”

Source: we have found this article by Perri Klass from 2017 on the website of the New York Times.